Please click here to get the latest information regarding public health directives for COVID-19.

Superintendent of Services
Lester B. Pearson School Board 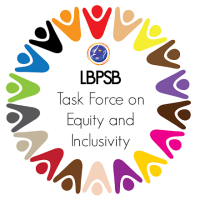 Andrew S. Henry is a Superintendent of Services for the Lester B. Pearson School Board and is currently placed at Verdun Adult and Career Centre in Verdun.

Mr. Henry migrated to Montreal from Kingston, Jamaica at the age of 15, where he was introduced to the world of sports, discovering a natural talent for football. He went on to play football at Murray State University in Kentucky on a full scholarship, graduating with a Bachelor’s in Communications. As the fourth overall pick in the 1996 Canadian Football League draft, Mr. Henry played defensive back for the Winnipeg Blue Bombers, the Saskatchewan Roughriders and Toronto Argonauts, from 1996-2002.

January 2000 marked the beginning of Mr. Henry’s path in the Lester B. Pearson School Board, where he was initially hired at Riverside Park Academy to create a program that engaged students who would otherwise be suspended at home. This program (“Planning Room”) became a board-wide initiative and remains an essential program in the School Board. As part of the amalgamation of the International Baccalaureate Program and Riverside Park Academy, he served the LaSalle/Verdun community at the newly formed Beurling Academy for 11 years. He was transferred to Pearson Adult and Career Centre, where he spent four years as a Superintendent of Services, before being placed at Verdun Adult and Career Centre.

While working for the Board, Mr. Henry furthered his studies at Concordia and McGill Universities obtaining a second bachelor’s degree in Theological Studies, a Master’s in Theological History and is currently completing his Master’s in Educational Leadership. Mr. Henry lives by the adage, “Prepare to meet it and so defeat it.” As a by-product of a single parent home, he has always had a drive for excellence but also a determination to bring out the best in every human life.